skip to main | skip to sidebar

A Drifting Life by Yoshihiro Tatsumi

Manga tweets - Get it?

Black Jack: She says it's too cold to come outside.

Tezuka: Pinoko... I've missed her so much! She must have grown into a lady by now.

Black Jack: Hey, you know she doesn't get older in this story.

Black Jack: Let's get a hot drink to warm up.

Everyone: Happy birthday, Sensei!!
Posted by iyasu at 9:59 PM No comments: 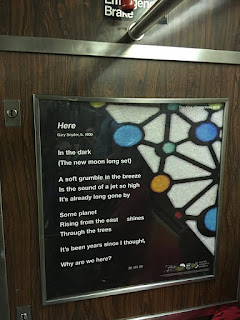 The 'Under the Air' series and books by Osamu Tezuka

In May, Akita Shoten followed with Play Comic magazine.

Osamu Tezuka contributed to most of the magazines started
around this time. Every magazine wants its first issue to sell
well, so it was an obvious choice to feature work by Tezuka,
who was well-known and had a track record of producing
quality comics.

Play Comic featured a Tezuka one-shot almost every other
issue. It started as a monthly magazine, so readers would
get one every other month. Starting with Issue 4
(August 10, 1968), it was published bi-weekly, so Tezuka
pieces then appeared once a month.

The Tezuka story in Issue 1 was 'The Execution Ended at
Three O'Clock'. It ran with the subtitle
"Osamu Tezuka Experimental Series, Part 1".

The second Tezuka piece in Play Comic was
'Ososugiru Aitsu' (That Guy's Too Late). Here, the subtitle
changed to "Osamu Tezuka Series".


The third story was 'Space Sphinx' (August 25, 1968),
a sequel to 'Hyōroku ki' (The Record of Hyōroku), which was
published in Color Comics magazine from Kawade Shobō
in April '68. Color Comics folded after two issues, so this
sequel ended up being released in Play Comic.

Between Under the Air Stories 11 and 12 ('Cameleon' and

'Catastrophe in the Dark'), Play Comic printed
'Miraculous Conception' (January 10, 1970).
The "Under the Air" series title was not attached to this story.

"Under the Air" (Bottom of the Atmosphere) means
"on Earth's surface". The reason 'Miraculous Conception'
is not considered part of the Under the Air series is its
setting, Titan (one of Jupiter's moons).


After the Under the Air series, Play Comic ran the long story
'Book of Human Insects'. Then, in the January 8, 1972 issue,
the magazine printed a piece from the Fūsuke series,
'Deteike!' (Get Out!).

The January 13/27, 1973 issue included 'Homecoming'
(aka 'The Returnees'). That was the last Tezuka comic to
appear in Play Comic, probably because Akita Shoten
shifted priority to the Tezuka series in
Weekly Shōnen Champion
(its magazine for boys; you may have heard of
the comic in question: 'Black Jack').

These books include short comics from outside the series,
written around the same time. Also, some of the
Under the Air stories did not make the cut.
Tezuka compiled his personal favorites in these books.
The table of contents:
Book 1
Joe's Visitor
The Voice of Night
The Cliff of Death
Cape Uroko (Scales)
Illicit Love
Valley of Bliss
Telephone
Sack (in English in 'Clockwork Apple')
Night on the Bypass (in English in 'Clockwork Apple')
The Cat's Blood

Book 2
The Execution Ended at Three O'Clock (in English in

Let's take a closer look at these.

Stories from other magazines:


These stories first appeared in magazines during the
period from June '68 to November '70. The inclusion of
each non-series story points to Tezuka's personal regard
for them as individual works.


A few years later, in May '75, Daitosha published a paperback
edition in size B6, as part of its Hard Comics line.
This single-volume edition sold well for a long time.
It contains four fewer stories than the first edition.

Several non-series stories were kept, while others were cut.

Among the excluded is 'The Deep Cave', a heartbreaking yet
cathartic story about a man struggling with his Korean identity
in late 1960s Japan. This work has yet to be published in
any edition since, and its omission has inspired numerous
readers to post about it online. There are many blog posts on
it in Japanese.
'The Deep Cave' work contains Korean dialogue with
no Japanese translation or explanation. The average
Japanese reader does not read Korean, and I imagine
Osamu Tezuka wanted this story to encourage Japanese readers to interact with friends and acquaintances who would
be able to tell them what the Korean dialogue says.


Also noteworthy is the revision of the dialogue in
'The Voice of Night' to avoid mentioning Burakumin, a segment
of Japanese society discriminated against for its a historical
role in professions considered impure due to association with
death, among other reasons.
All subsequent editions contain the revised version of this story.


In December '78, Asahi Sonorama published a new version of
the Sun Million Comics edition, again as a two-volume set.
The cover of Volume 2 features new art drawn and colored
specifically for the occasion. This edition contains the
same stories as the Hard Comics edition, and also includes
'Daibōsō' (The Runaway Tanker), a 100-page story.


In October '82, 'Under the Air' was published as part of the
Osamu Tezuka Complete Manga Anthology from Kodansha
("Kodansha 400"), marking the first time the complete
'Under the Air' series was compiled in a book.
It does not contain any non-series stories.

Subsequent editions from Akita Shoten and Kodansha include
the complete series as well as other short comics that
first appeared in Play Comic around the same time.

Notable among these are 'The Execution Ended at
Three O'Clock' and 'Miraculous Conception', which can be read
in 'Clockwork Apple', available for purchase in English
in digital format. 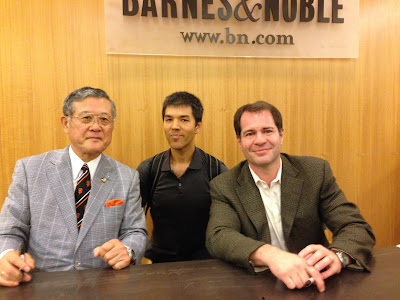